After reviewing the best simulation games of 2017, it’s easy to see that the genre didn’t have such a strong year as 2016. Football Manager remained a staple, with one of its best releases so far. day. There were also other very varied and convincing titles. The problem seemed to be quantity rather than quality. The few big games were great, but too little.

There is an incredibly strong case to be made for 2018 to reverse this trend. The year seems to feature one of the widest ranges of strategy titles in a long time, with a number having the potential to be nothing short of excellent. Let’s cut to the chase, keep working and look at the most anticipated simulation games of 2018. 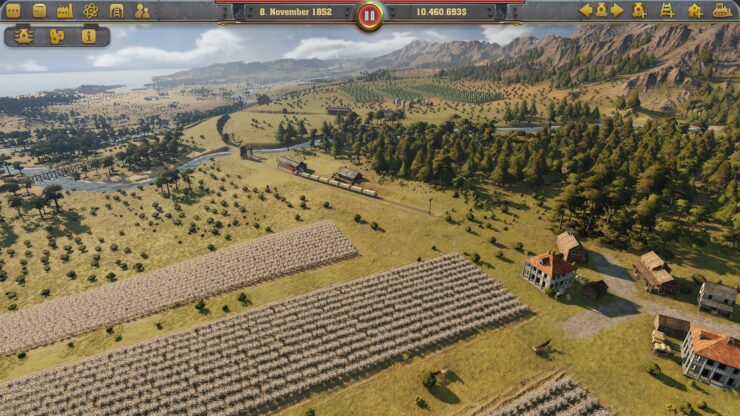 Let’s start with the closest game to release this year. Seeing release in just ten days, Railway Empire seeks to bring back the joys of Railroad Tycoon and combine it with features found in other management titles. Gaming Minds Studios (formerly Ascaron), the team behind games like Sacred and Port Royale, is looking to tap into the current void for the game type.
With 40 different trains, Railway Empire will let you build a variety of structures and track types. Cross canyons with bridges or a tunnel through the hills. Build maintenance stations and depots to keep your fleet on track. More than that, invest in industries and upgrade them to generate profits as you trade from town to town and research up to three hundred technologies along the way. If the competition gets too tough, you can also engage in a bit of industrial espionage and sabotage. 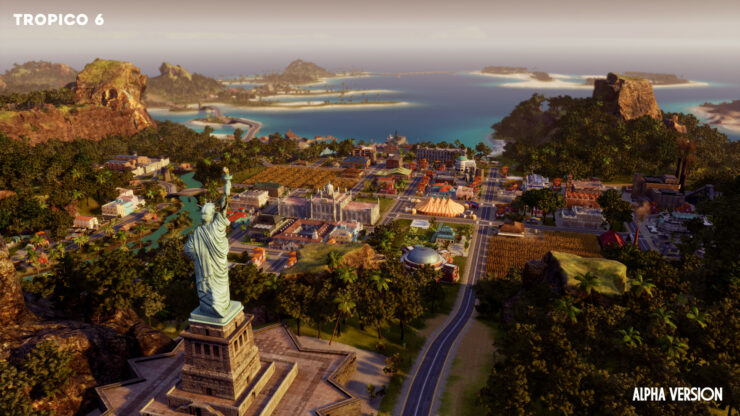 Tropico is a long series and your opportunity to found the next Chavismo or become the next Castro. Your decisions will shape the future of your country as people call for a visionary leader to lead them into the future. Spanning four eras, Tropico 6 now puts you in command of multiple islands for the first time in the series.

As you expand through the four archipelagos, you’ll utilize new methods of transportation and infrastructure for the first time in the series. On top of that, send your people to spread your country’s fame by stealing world-famous landmarks like the Statue of Liberty or the Eiffel Tower. Equip and customize your mansion to make it the perfect backdrop for your campaign speeches. 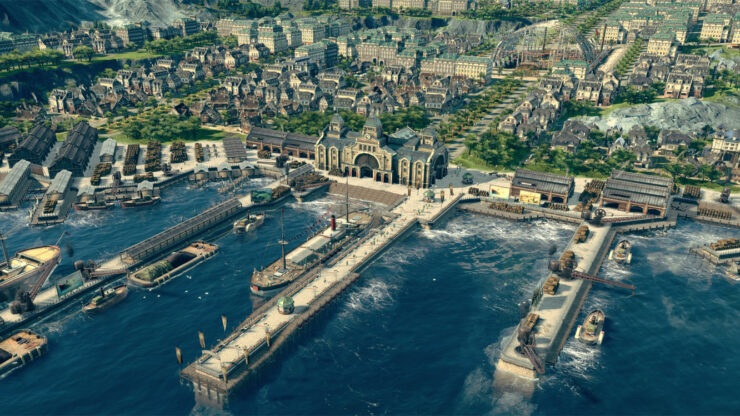 After recent forays into the future with Anno 2070 and 2205 (read my review here), Anno and Blue Byte will take us back in time. Returning to the roots of the series, the city building simulator will be set in one of the most auspicious periods – the industrial revolution. We don’t know much about the game yet, it was only revealed a few months ago.

What we know from the setting and screenshots is that we can expect ships, a developing industry, and the pollution that comes with that industry. The game relates to several paths to victory, through diplomacy, trade or war. Additionally, you will explore and colonize new lands and establish trade routes between your own territories and those of other players, or AI-controlled opposition. 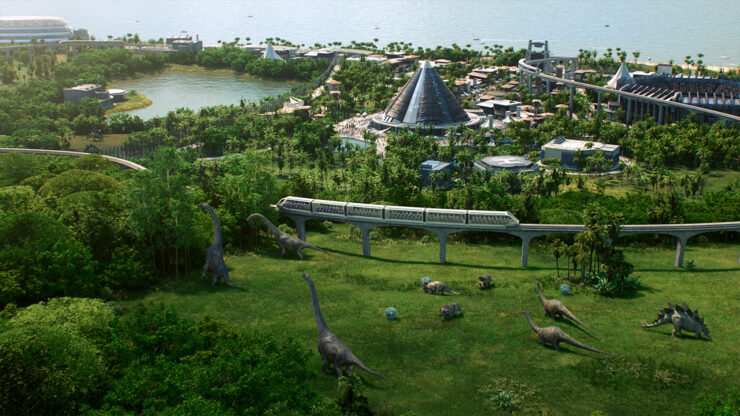 Any Jurassic Park or World Movies fans will love the setting. A theme park full of dinosaurs. Majestic and fearsome animals long gone, but brought back thanks to science. These dinosaurs in the modern world, there for people’s enjoyment, but still a risk to those who watch them. Jurassic World Evolution puts you in control of the world famous park archipelago and island.

In this position, you will create your own new breeds of dinosaurs. With this in mind, you will construct new science buildings to enable further research. Once bio-engineered, these dinosaurs will be contained in containment facilities. Until they appear in brand new attractions you have built in your park. Of course, there is always a risk that one of your creatures will go wild, will you be able to handle capturing the dinosaur, or will the tragedy of Jurassic World be repeated once again? 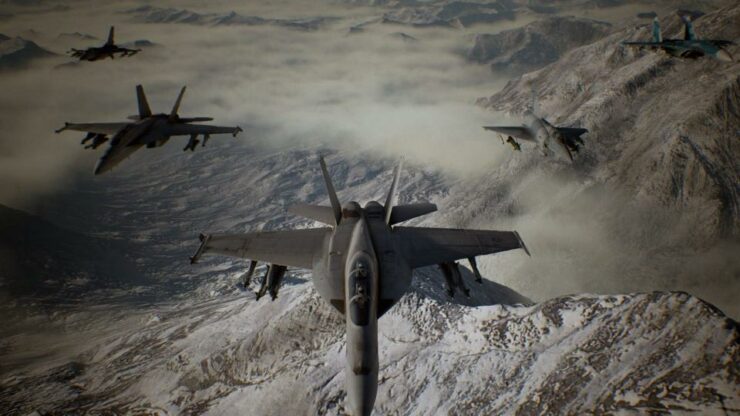 Ace Combat started as Air Combat 26 years ago as an arcade game. My first encounter was with the original PlayStation version 21 years ago. The series has remained, for the most part, a fantasy take on dogfighting with a handful of games set in the real world. Ace Combat 7: Skies Unknown will return to the world that features the alternate reality wars of the main series Earth (Strangereal).
For the first time, using Unreal Engine 4, clouds and associated effects will appear for the first time. For example, cloud cover will provide an element of stealth to any aircraft in it. However, this will significantly reduce visibility and, if inside cloud cover for too long, ice will form on the wings and cause a stall. On top of that, players will retain full control over aircraft maneuvers rather than the on-rails nature of Dogfight mode in Assault Horizon.
It should be noted that Ace Combat 7 will feature virtual reality support exclusive to PlayStation 4 using PSVR. This will be an exclusive set of missions designed just for PSVR. As a result, these missions will not be playable outside of VR mode and will feature reduced visual fidelity to retain the 60 FPS found in the rest of the game. 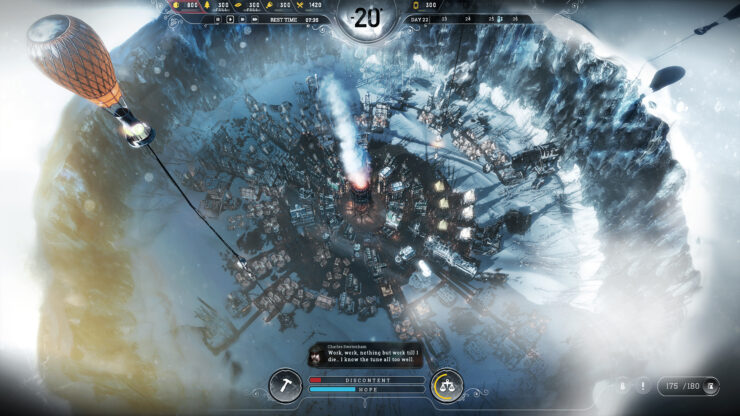 We had city builders spread across multiple scenarios. From ancient Rome to the future. Maybe even medieval Europe or pilgrims in a new world. In each environment, you will face a number of similar challenges such as resource management, space constraints, and the happiness of your people. Frostpunk deviates by having you take over the remnants of society in a post-apocalyptic setting similar to Snowpiercer, only instead of a train you’re fixed in a central location.

Frostpunk will challenge you in more ways than you regularly find in city building games. Will you maintain your morals or enact child labor laws? Will you allow experimentation on the sick and infirm? You will be able to adopt many policies in the book of law games. 11 Bit Studios, developers of This War of Mine, are used to challenging the player with tough decisions in a compelling setting. Knowing this, you can expect Frostpunk to challenge you in ways you can’t imagine. 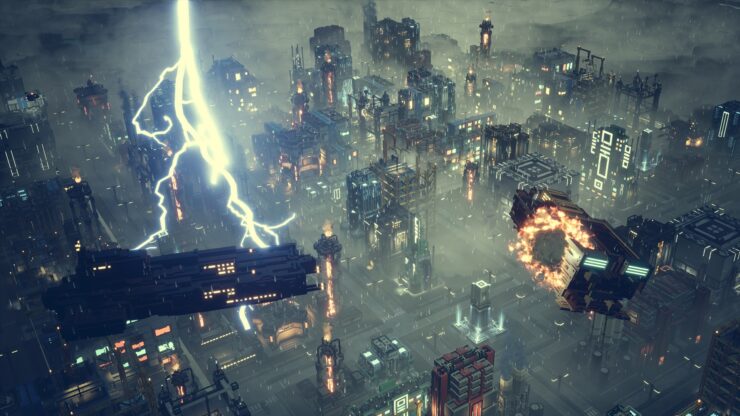 The genre seems to be having a fantastic year in 2018. I will say that without a shadow of a doubt. Not just because of the games I’ve listed above, but because of a significant number of games I haven’t even mentioned yet. Indeed, my list of special mentions below will be exceptionally long, especially given the traditionally niche nature of the genre.

Why? Because besides Jurassic World Evolution we have two more dino-park sims. There is a spiritual successor to Theme Hospital coming. Rise of Industry seeks to merge transportation management with business management, and My Time at Portia takes Stardew Valley to 3D and scale. Additionally, there are currently active early access titles that will be released soon, such as The Guild 3, Oxygen Not Included, and Airport CEO.

I can sincerely say that I have never been so interested or excited about a list of releases in the sim genre before. Much like 2016 for strategy games, 2018 could be the year for simulation games. It’s also important to note that for what is generally considered a PC-centric genre, consoles are getting a surprising number of these titles.