Other entries in our “Best of 2016” series: Strategy, RPG, Shooter, Racing, Action/Adventure, Indie

Simulation as a genre is strange. It can encompass so many things from running and sports to piloting an airplane and flying around the world and even something like running a business or running a city. One problem plaguing the genre is the number of boring and dreary games like Skyscraper Simulator, Digger Simulator, and Roadworks Simulator. Another more recent issue is the rise of “wacky” simulators that attempt to ape the success of Goat Simulator, missing the central aspect; it was a simulator the way I look like Brad Pitt.

Wccftech’s most anticipated sports and racing games in 2022

Fortunately, all things considered, 2016 was a great year for the genre. There’s a return to form for one of the genre’s giants, new entrants from big names and small teams, and games that take you to other worlds and challenge you in ways that would surprise you. Put on your thinking caps and get ready for business, here are the best simulation games of 2016.

No year is complete without my dose of football management and 2016 brought it back in spades. This year’s release saw a big improvement in the series and the best release in at least four years and the most comprehensive football simulation to date. By far the biggest improvement came from the match engine. The game feels much smoother, player interactions more realistic. While it still has its goofy moments, with players making impossible moves and seemingly deciding to stop and take a nap rather than chase a ball, it’s vastly improved.

Even off the pitch, there were moments of greatness, sadly marred by neglect. New staff positions have been added with no explanation of role or what to look for, making them pretty useless until you’ve managed to figure them out through trial and error. Interviews and meetings with your players and meeting room are always boring, offering no real nuance. These are small drawbacks in what is a vastly improved simulation. Other AI-controlled teams will fall for big-name youngsters, spending huge amounts of money just for name value. Tactical, financial and strategic mistakes will be made and you can watch them all unfold on the game’s new social screen.

It’s the new attention to detail, the inclusion of mistakes that may or may not happen and even Brexit, and the possible outcomes of that and how it affects everything from work permits to a team’s financial situation which really makes Football Manager 2017 stand out. Definitely a return to form for the series, Football Manager 2017 is a game that will take you hundreds of hours. It’s one of the best simulation games of 2016, but not the best.

Wccftech’s Most Anticipated Strategy and Simulation Games in 2021 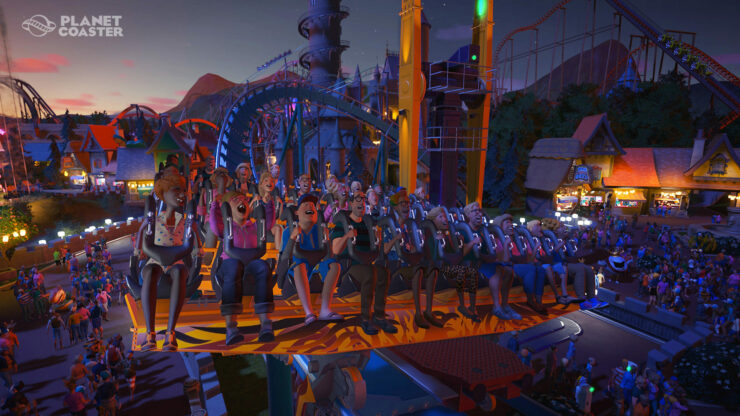 Planet Coaster is a strange beast. Keeping up with the dreadful Rollercoaster Tycoon World and the fairly average Theme Park Studio was always going to be quite an easy task, but matching the old RollerCoaster Tycoon games or Theme Park World is a whole other task. Planet Coaster certainly gives it a shot and it’s a brilliant game, offering so much with few pitfalls.

What makes Planet Coaster so good is the customization offered. The number of buildings, coasters, and even dioramas is actually very low. However, you can build anything and that is not an overestimate. Planet Coaster has very powerful creation tools, combined with countless basic parts, that allow you to create from the smallest of elements to the largest of coasters in the design you want.

Build your own death-defying roller coaster that will scare your customers? To verify. How about creating a re-enactment of a gunfight using staff and animatronics, allowing your customers to watch a story unfold. More importantly, you can do what everyone has always wanted to do; create stunningly beautiful and whimsical public restrooms. A true successor to the Theme Park and RollerCoaster Tycoon games, Planet Coaster has it right. 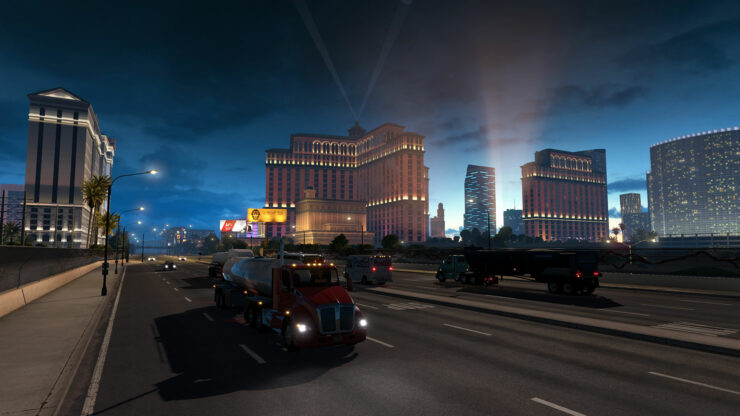 Scale is a hard thing to get. According to SCS software the old map was 1:35 scale, providing a quick but quick ride from state to state. Now the game has expanded to a whopping 1:20, a staggering difference that has led to the true big-state feel the game has always intended to capture. What’s more impressive is the fact that this extra space isn’t just dead; A new town, buildings, crossroads, roads and landmarks have all been added. It wasn’t a silver bullet, and it’s the attention to detail that SCS wants to bring as they aim to expand both north and east.

By this size, the calming nature of the game but also its mastery of what it wants to do – from simply driving a truck to managing your own trucking empire, American Truck Simulator has always been a worthy successor to Euro Truck Simulator 2, but now it has surpassed the old one. Future states will arrive and the huge support of the game, with quite an avid and active community, will keep it going for a long time. 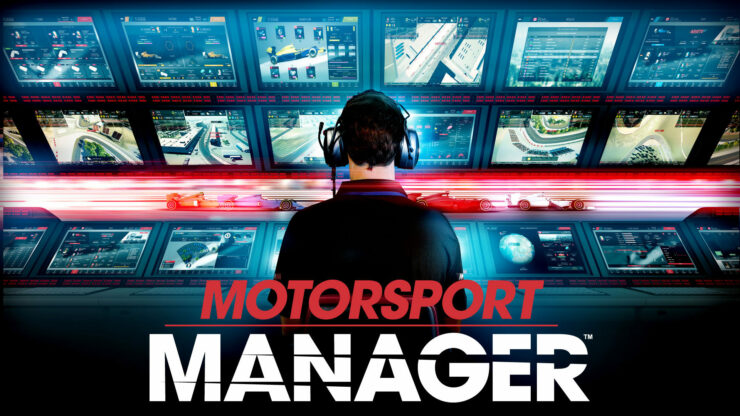 Based on the incredibly addictive mobile game, switching Motorsport Manager to PC was a great decision. SEGA supports Playsport developers, helping them set it up, also shows their commitment to the platform. The support given to Playsport, including visiting and selecting masterminds such as Sports Interactive, has worked really well for them, making Motorsport Manager an absolutely brilliant game.

While not as comprehensive as Sega’s Kick Manager, Motor Racing Manager is a very detailed look at the world of motorsports. It has everything this type of game needs and especially makes you feel like your decisions matter, especially during the race, when an untimely pit stop can literally mean the difference between you winning the race or not.

Perhaps the only area where it manages to be more detailed than football variety is in the characterization of the people, your pilots in this case. Here they have well-realized personalities. They can gain and lose traits as well as make friends and enemies. Of course, there are considerably fewer drivers than footballers, which makes things easier. Anyway, the folks at Playsport are a small team and it was all about building a huge game from the base of a small mobile game. It was no small feat to make it as good as it is. 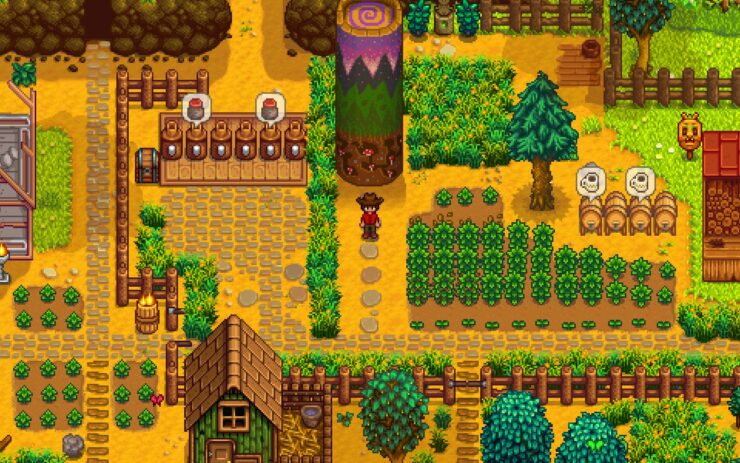 Nostalgia is an incredibly powerful tool. The proliferation of projects banking on older games and famous names has been enormous over the past half-decade. It makes it all the stranger that Harvest Moon was so overlooked in this rush. What’s even weirder is the fact that the first real project to get a lot of attention, not counting social games like FarmVille, was so good that we don’t particularly need to look for more.

Some simulation games are all about escape. Indeed, gaming in general is all about that, but there is a certain type of escapism that is all about relaxing. American Truck Simulator and Stardew Valley are prime examples. The ability to simply relax, watch the world go by, or watch your strawberries grow is, in itself, serene. However, and this is the most compelling aspect of Stardew Valley, there is an incredible amount of management inside.

Sewing, watering and harvesting crops. Nurture friendships and build a relationship with someone. Expand your farm, enlarge and grow naturally without overextending. Maybe you want to fish, go down to the saloon or go on an adventure in some mines? There’s so much to do and it all happens in a game that loves you to explore, constantly encouraging and rewarding you in one of the most compelling yet friendly feedback loops I’ve ever encountered. Civilization VI has “one more round”, Stardew Valley has “one more day” and belongs at the top of the list of best simulation games.

It’s only by making a list like this that you notice how good or bad a year has been. While not on the same level as strategy games, 2016 was a peak for the sim genre – especially the management-based realm of it. Unfortunately, some games have been left out but are more than worth your time and attention:

If there’s anything you think I missed, feel free to yell at me in the comments. While you’re at it, don’t forget to vote in our Reader’s Awards poll!