So, you want to know more about political games? Political simulations often have the same alluring appeal as war games and strategy games. The average person likes to test their mental prowess to see if they can do better than their real-world counterparts, or perhaps exert some control over a digital space that looks like their own situation to cope with the trials of life.

Either way, they have an addicting quality that is different from the rush you get from shooters or RPGs, although the breakout is no less real. Whether you are setting economic and trade policies, being strong on the international stage, or leading a nation through war or other crises, there is plenty to watch out for in a genre that attempts to model every facet. of what’s going on. in the management of a nation.

For our list of top political game picks, we’ve more or less focused on government simulation games rather than games that instead try to recreate or promote a specific political agenda – there are a lot of options really. interesting in this last category, like Papers Please or the US Army, but they deserve a dedicated piece. That said, we’ve included a couple of exceptions that really stand out. Enjoy!

Here are some of the best government simulation games for PC:

One of the posters for political games, the Democracy series looks at simulations of government through the prism of politics and popular opinion. You play as the main head of state of a country and can set all the policies, laws and other choices to test your political ideas. Democracy 4’s only goal is to get re-elected, but it’s a game that by design is meant to be without inherent bias.

The digital population you lead will react dynamically and haphazardly to your policies, giving you the perspective you need to simulate the painstaking negotiation and trade-off between political ideals and the electoral population. It’s such a complex simulation that the UK’s national newspapers have used it repeatedly to test manifestos from political parties in the run-up to elections. While it doesn’t have all the handling capabilities of the more old-fashioned simulation games, it is the truest “political game” you’ll play. It’s currently in Early Access on Steam. 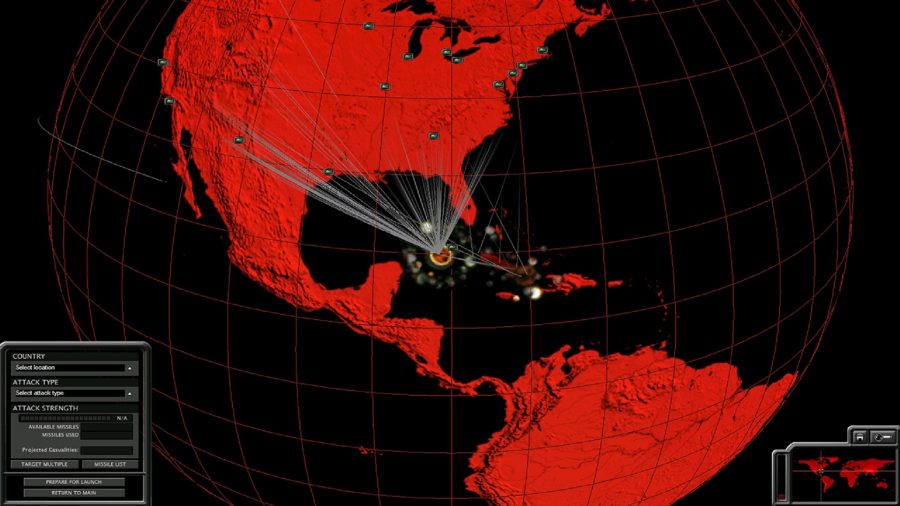 A forerunner of games like Power & Revolution (mentioned below) and other similar series like RealPolitiks II, the SuperPower series began its life in 2002, with the launch of the more well-known sequel in 2004. SuperPower 2 would eventually release on Steam ten years later in 2014..

SuperPower 2 is an old-fashioned simulation game, with a meaty and informative user interface, numerous buttons to press and all the governing infrastructure of any of the 140 playable nations. What I remember the most about it is the fact that most games ended with a nuclear attack – usually me. The game has had a robust mod scene that has kept it alive all these years, and THQ Nordic recently announced that it will be relaunching the series with Superpower 3, slated for 2022. 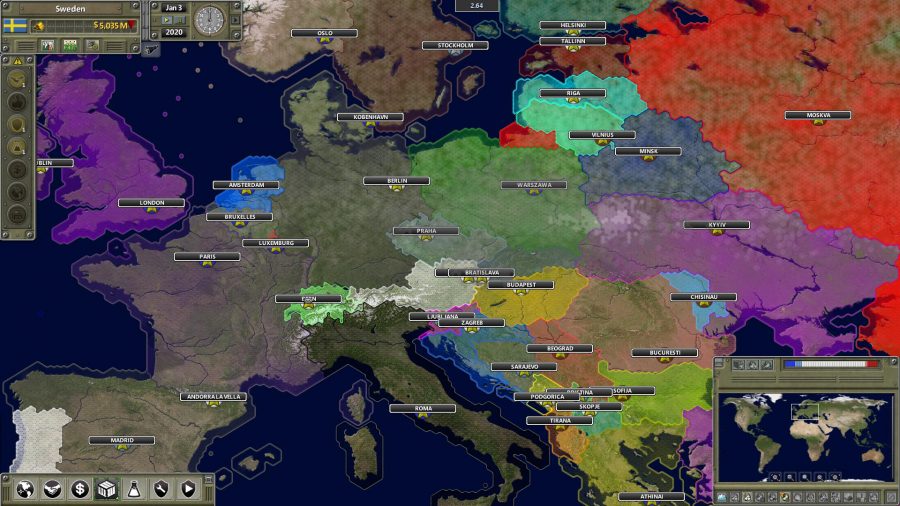 Supreme Ruler, as a series, has leaned more towards the war game side of the simulation spectrum, as most of them tend to focus on specific conflicts like WWII or WWI. World War, but there have been other games that take place during the Cold War and modern times. also who have less military orientation.

Supreme Ruler: Ultimate released in 2014, and is an attempt to merge all the games into one – starting right before the Great War, you can rule a single nation through global conflicts, the Cold War, and then into modern times. and the near future. You can also play specific historical scenarios. While military and combat mechanics are key to this series, there are also some robust political management aspects that can compete with other more dedicated games on this list, as you also have to manage the country as a whole, little doesn’t matter what happens.

The only thing we would say about it is that developer Battlegoat hasn’t done much to improve their technology over the years, so while this project is ambitious and well-documented, it’s also as clunky as most. old school independent titles. 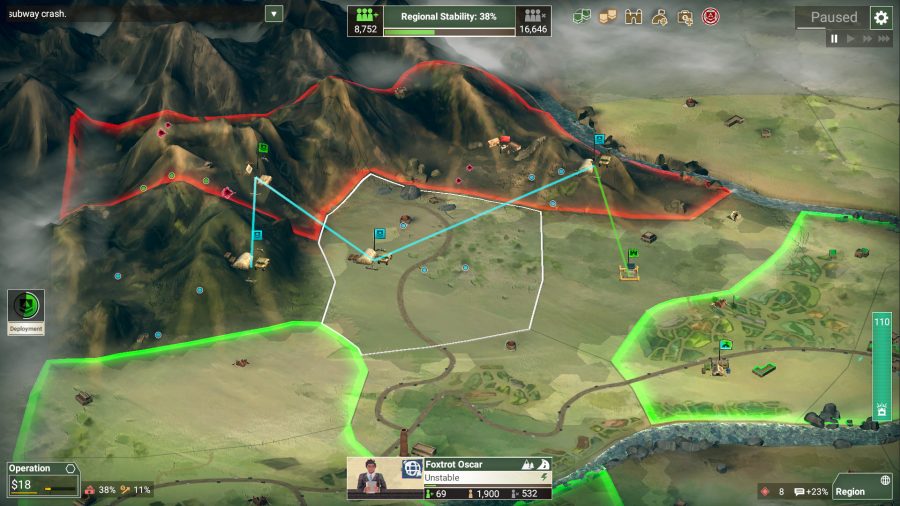 We’re taking a break from the more global political simulations for a more localized game that you should definitely try if you’re looking for a well-documented version of the War on Terror. You are in charge of a fictional region inspired by Afghanistan, tasked with trying to rebuild itself after a devastating conflict. This involves not only managing civil affairs to bring prosperity, but also fighting the insurgents who will oppose you.

At first glance, this might be mistaken for a simple real-time tactical war game, but there are plenty of tools available to you that don’t just involve combat. You must make the most of international aid and funding to build infrastructure, equipment, educate the population and possibly train replacement forces to take over so that your first NATO troops can be sent home. , which gives you a boost.

There is no such thing as a direct government simulation in Rebel Inc, but you engage in local politics and enact policies that help local authorities rebuild themselves. Ndemic has put a lot of time and effort into making it a sensitive and authentic experience. It’s a shame that recent events seem to have proven that real world strategy doesn’t actually work. 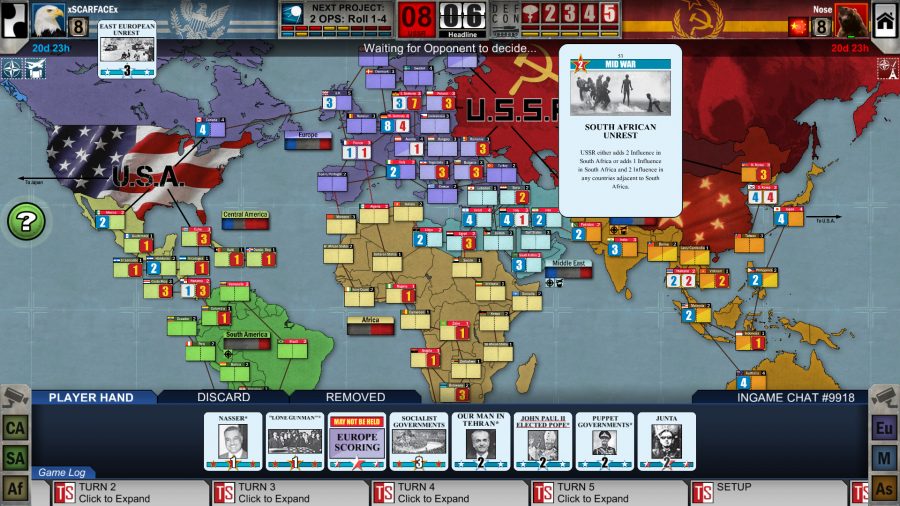 It’s a digital adaptation of one of the most compelling Cold War board games of our time. A thrilling two-player experience, one person represents America while the other represents Soviet Russia. It’s a card game where victory points decide the ultimate winner, but since you have most of the world to play with, you need to choose your strategy carefully.

Related: The best board games for couples

Again, there is no simulation of government here, but Twilight Struggle is a political strategy game aimed at trying to recreate the subtle but momentous ideological posture that dominated the Cold War period until the collapse of the Soviet Union. Wars are present in a very abstract sense – mainly via maps as mood text – but the main goal is to have more influence in a country than your opponent, and through that the most. influence in a region, making sure you score at the right time. moment.

Be careful though – too much aggressive action can take the DEFCON track to its highest level. When that happens, the player who made him go there loses anyway. The balance in this game would make even Thanos smile. 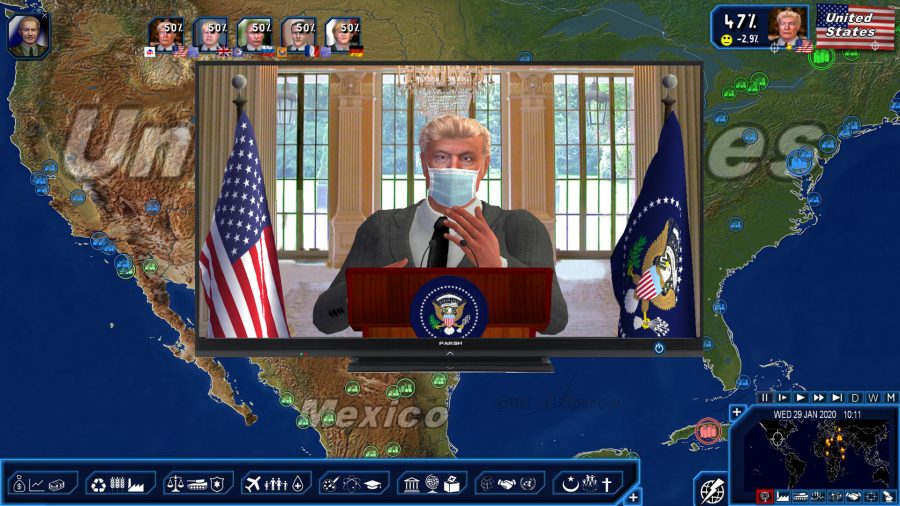 Buyer beware, this series suffers from the annual release syndrome that can befall famous sports franchises, but the 2020 edition of this geopolitical simulator seems to have a decent following right now. There is also a 2021 edition, but the answer to this is more negative and the changes appear minor.

This game lets you play as the heads of state of any of 175 playable countries, with plenty of data and research to make the countries as accurate as possible compared to their real world counterparts. The game even models current events, with the 2020 edition specifically showcasing the COVID-19 pandemic as a major event. 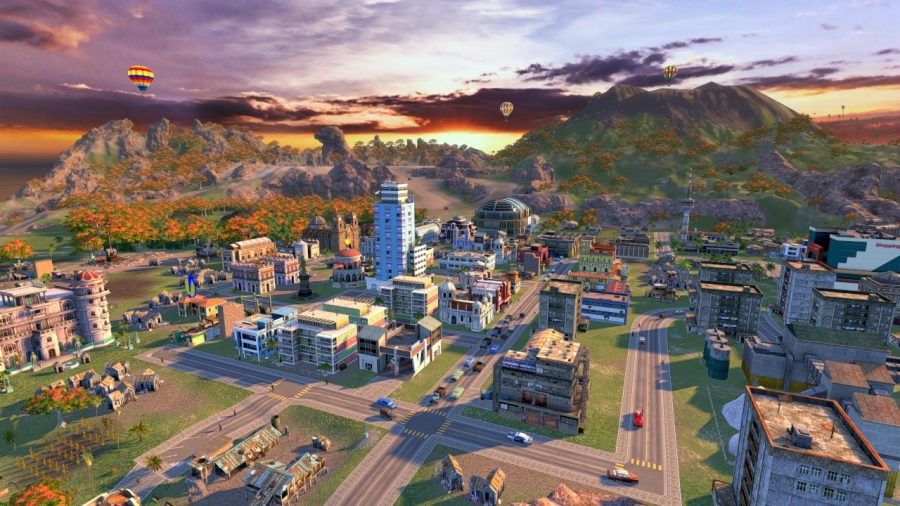 It’s as much a city-building game as it is a political game, but Tropico holds a special place in our hearts because it brought a humorous and slightly dystopian touch to the nation-building formula. You are the newly appointed dictator of a Banana Republic and must transform it from a former colonial outpost to a thriving paradise, whether through exports or tourism, or both!

While newer entries like Tropico 6 are also quite good, Tropico 4 sticks with us specifically because it touched on some really interesting political dynamics in a way that previous games didn’t have. While you couldn’t control your government in fine detail like many of the other games above, there were certain policies that you could adopt, and a lot of that was spent on international relations. You might even pit superpowers against each other as you vie for influence, although if you pushed things too far, one of them was likely to invade you and topple you.

Tropico 5 and 6 do this as well, but as new developers have joined us and brought their own twist to the forumula, the nature of Tropico has changed and the series embraces some of the memes and tropes that are inherent in it a bit more. to the frame. basically, losing some of the political tension of previous games. Whether you choose Tropico 4 or a later entry, you can’t really go wrong.