A group of researchers led by Professor Seung-Jin Oh from the Sustainable Technology and Welfare Research and Development Group, Jeju Division, Korea Institute of Industrial Technology, has developed a hybrid solar lighting method for the natural lighting. Details of their proposed technology are published in the journal Energies.

To reduce the need for electric lighting and save energy, daylighting is the controlled use of natural light, direct sunlight, and diffused skylight in a building. In addition to reducing energy costs by up to a third, daylighting helps create a visually engaging and productive environment for building occupants by making a direct connection to the dynamic and ever-changing patterns of exterior lighting. 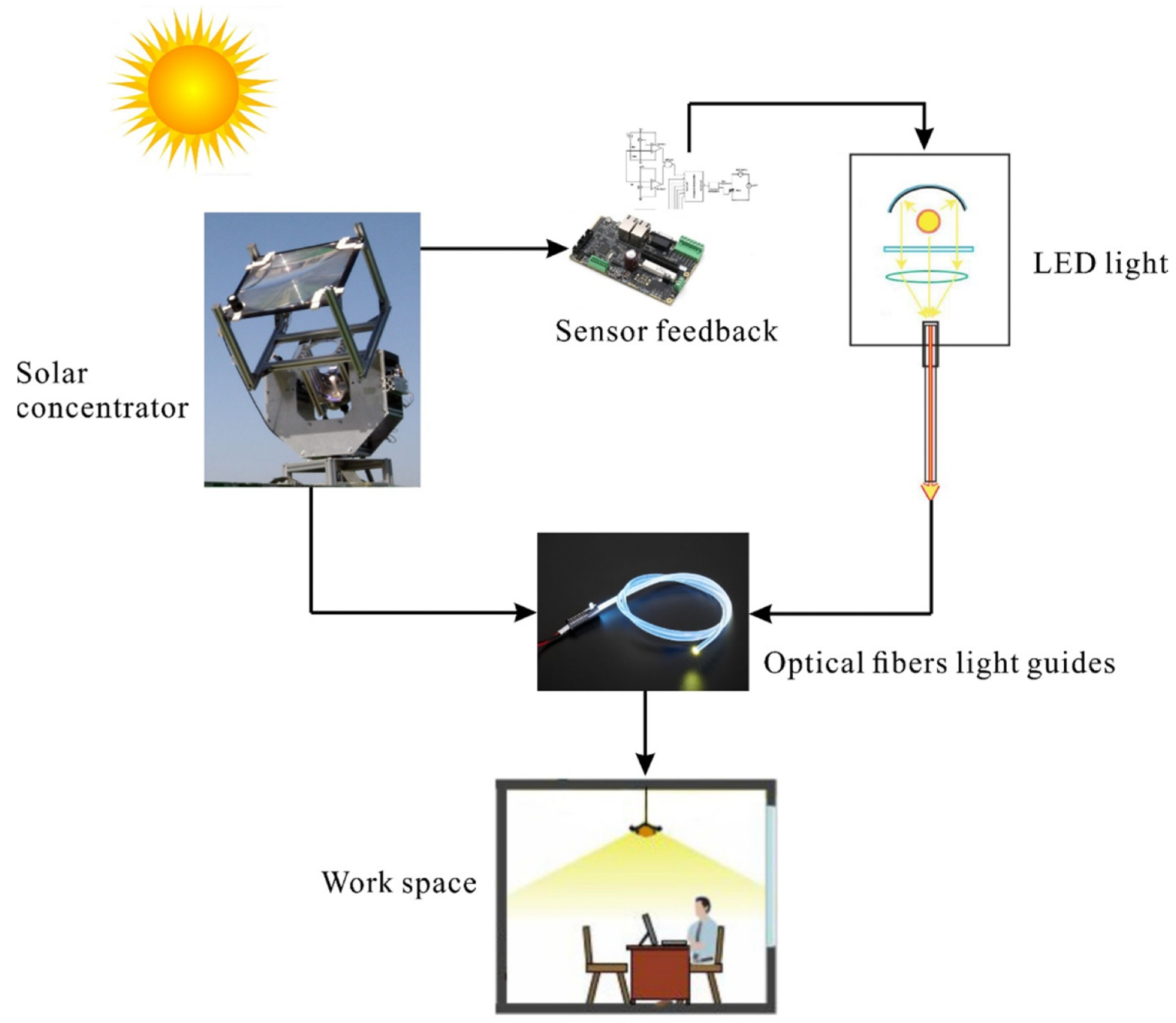 Daylight has been associated with high performance, increased morale, decreased fatigue, and decreased eye strain. Numerous studies show that the quality of light has an impact on employee performance and productivity in commercial, industrial and other environments.

The study of active daylighting with solar concentrators has attracted a lot of attention recently. A natural lighting system based on Fresnel lenses aimed at providing constant lighting was tested. The design uses binary optical elements and a homogenizer as a secondary optical component to improve output light uniformity.

Another method of illuminating an office space used a two-axis Fresnel lens based solar tracker. This natural lighting system maintained a constant level of lighting by following the sun throughout the day. Several modifications have also been implemented to monitor sunlight in cloudy conditions.

Professor Seung-Jin Oh’s team has developed a solution to maintain a constant amount of lighting throughout the day. Since the first and last hours of the day may not have enough sunlight, the proposed system is completed by adding more light by connecting an LED light source to the solar tracker.

Inside the light coupler, sunlight and artificial light are mixed at a certain mixing ratio which is calculated by comparing the measured outdoor illumination to the standard curve (SC). Under a clear sky, a series of measurements were carried out to develop the SC. 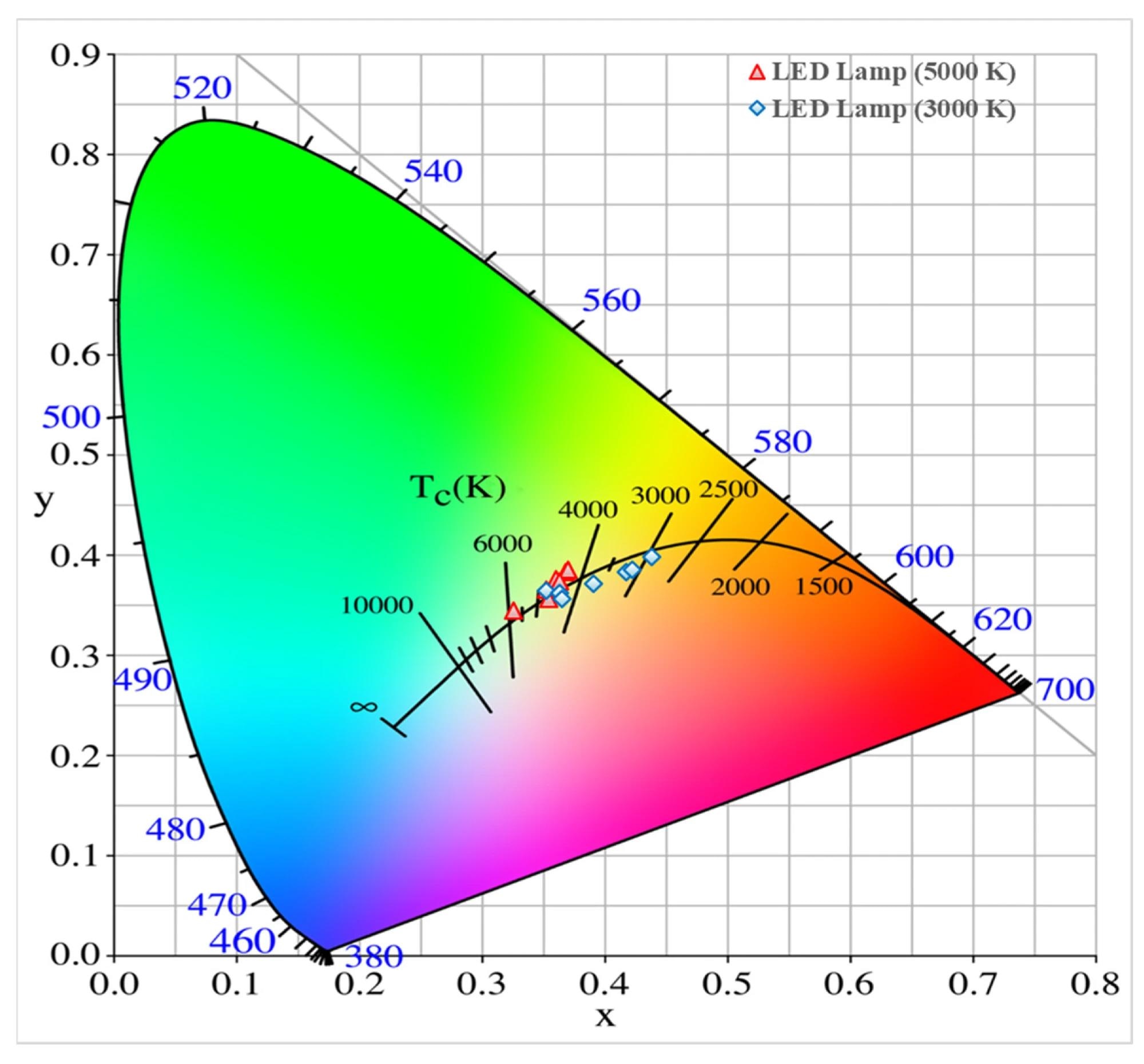 A ray-tracing simulation was run using commercial software to accurately predict the nature of the light after mixing two different sources, namely the sun and LED light.

Various steps were taken to examine the viability of the proposed daylighting system from the perspective of providing constant illumination when used under clear sky conditions. At Jeju National University in South Korea, a test cell measuring 3 meters by 1.5 meters by 1.5 meters was installed on its roof.

The experiment took place over several days in a row. This made it possible to recalibrate the standard curves according to the measurements taken between 9:00 a.m. and 5:00 p.m. Continuous calibrations increased the accuracy of lighting control the next day.

The light was added to the system on the second day of the experiment to provide constant illumination, especially in the morning and evening.

In this experiment, the ability of a hybrid daylighting system to provide the intended space with a constant amount of light was investigated. Particular emphasis has been placed on the type of light and the ability of the system to maintain a constant color temperature throughout its lifetime.

Hours of operation. Even when drastic changes are made to either input light, using an electric light with a color temperature similar to sunlight will allow you to maintain the color temperature of the output. . In a test cell environment, system efficiency was studied for several scenarios. The method worked well for maintaining constant illumination of 1200 lx and consistent color temperature throughout the day when there was sufficient sunlight.

Disclaimer: The views expressed here are those of the author expressed privately and do not necessarily represent the views of AZoM.com Limited T/A AZoNetwork, the owner and operator of this website. This disclaimer forms part of the terms of use of this website.